Kōmi - Click on images to enlarge.
Francis Vierra Marciel was the youngest of the five children.  He was known to most of the relatives as Uncle Frank.  He was born and raised in Kaupō and completed his last years of school at St Louis College on River Street in Honolulu.

He was employed by Maui County and pioneered the water works in Hāna.  Much of the pipes laid in the area was done under his supervision.  The work was done by big Hawaiian men and the pipes were packed by mules.  We remember vividly that all of Hāna and Kaupō depended on him for water service.  He did all of the reading of meters, made out all the bills and even collected the monthly charge from the people.  He was on call 24 hours it seems, as I remember the many times he had to return to work after hours and on weekends to fix a broken pipe.  I marveled at the way he estimated how much pipe he needed by taking the mileage on his jeep and coming up with the correct amount of pipes needed.

He also served as Road Overseer for the county and was responsible for the roadwork done in Keʻanae.  I remember also the many trips he had to take to Wailuku on the windy, unimproved road, and the many times he was delayed because of landslides and washouts of bridges.  Nevertheless, he was faithful to his job and the people he supervised and served.

Papa spoke fluent Hawai’ian and was well liked and respected by the people from Kaupō through Hāna, and on to Keʻanae.  It seemed that everyone knew who he was.  He had many old Hawaiian friends because of his ability to speak Hawaiian and they helped him with his collection of Hawaiian artifacts.  He treasured his collection very much and must have started his collection while he was still a young man.

During their illness the children stayed with relatives in Wailuku, with Mama’s twin sister, Esther Apo, and with her other sister, Elizabeth.  Papa’s recovery was slow and Aunty Mary told me that she used to take him for car rides and walks.  Many treated him as though he had the "plague" but Aunt Mary was adamant and insisted that he go out for fresh air and sunshine.  He recovered but the illness left him with a definite limp.

After his illness he returned to Hāna and continued his work with the county.  Lani was born shortly thereafter in November 1927.

In 1928 Papa built a new home on his own property in Hāna.  He hired a Japanese contractor to construct the six-room house with a basement.  He installed all the plumbing himself.  Here Nathaniel, Mady and Mary were born. Though Typhoid Fever left him with a limp, it did not ruin his ability to bear more children.  We are thankful for that; otherwise, the last four "hupe koles" would not have been born.

Our father was a man of few words and strong convictions.  His word was "law" and you learned soon enough to shut up or suffer the consequences.  When I asked my brothers to write about their childhood, each of them claimed to have had the worse lickings of all.  They remember him lining them up and beating them with several guava sticks.  At times it was hilarious because only one of two got "lickings" and the others would stand around and cheer and clap hands and say “run Kahului’. However, it did entertain negative thoughts toward him.  But Papa was a proud man and none of us was going to shame his name.  He loved his God above all else and served him well.  So did Mama.  We kids went to church because we were born into it but we learned by this strict upbringing.

Papa was a workhorse.  He never was found idle doing nothing.  He would mahi ʻai or farm the 3 acres of land we had with the help of the two Pake men that lived in a house back of our home.  Ah Wong and Ah Sing grew beautiful vegetables, the best in Hāna, and this was their livelihood.  Papa was given free claim on all of the produce as he did not charge them very much for rent, but he was a fair man and these old Pake men profited much by living there.  Lawrence remembers Papa baptizing Ah Wong shortly before his death.

Papa loved to fish and we would spend weekends camping out, gathering lauhala which Mama used to makes mats, hats, and handbags while Papa threw his line out to sea.  Those were "fun days" as we would all have to "duck" while he swung his line above his head in a circular motion with the rock at its end until he tossed it into the ocean.  His one big "taboo" when we went fishing was that we not take any bananas for it brought "bad luck."

The war years found Clement, Henry and Lawrence as enlisted men in the U.S. Army.  Those must have been trying years for our parents.  Papa did his share by belonging to the Maui Volunteers, a Home Defense group which carried on the duties of the National Guard which was activated.  Mama did her share by helping the Red Cross with preparation of bandages, dressings and other medical supplies.  We kids learned to help also.  Lani and Nat worked in the cane fields as did all of the high school students since the young men had gone to war.

Our father worked long and hard and we are sorry that he was not fortunate enough to retire.  He was always willing to share his blessings with other people in Hāna who were not even relatives.  How well we remember the 1946 Tidal Wave and the many people we gave shelter to because of the disaster.  The Kalalau family lived with us for many months after the Tidal Wave until they were able to rebuild and move back to their home.  These people never forgot the good things that Papa and Mama did for them.

​The five older children in our family all attended St. Anthony School and lived with our Aunty Lizzie in Wailuku.  The younger ones attended school in Hāna.  Nathaniel graduated from Lahainaluna and Mary from Kamehameha.  Gabriel moved to Virginia with Nathaniel upon Papa’s death and graduated from high school there.

Papa died on September 13, 1953, at the age of 58 after a short illness.  Mama outlived him by 22 years, expiring on December 12, 1975, after suffering many years of poor health.  We truly miss them but their memories will live in our hearts and minds forever. Aloha, Mama and Papa. 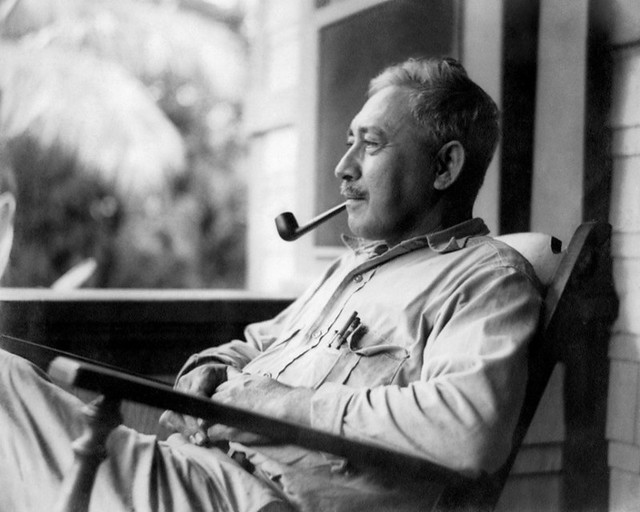